Cattle Remedies (Cattle), registered proprietor of the mark UTEROTONE had filed rectification proceedings before the Intellectual Property Appellate Board (IPAB) for removal of the mark UTROTON in the name of Nishi Gupta (Nishi). IPAB ruled in favour of Cattle, and cancelled Nishi’s registration for UTROTON.

The post discusses Appeal filed by Nishi (in the form of writ) at the Delhi High Court to challenge the decision of IPAB. The Court on noticing the similarity of marks and product packaging came down heavily on Nishi for making false claims to support its adoption. The images of the rival products are appended below: 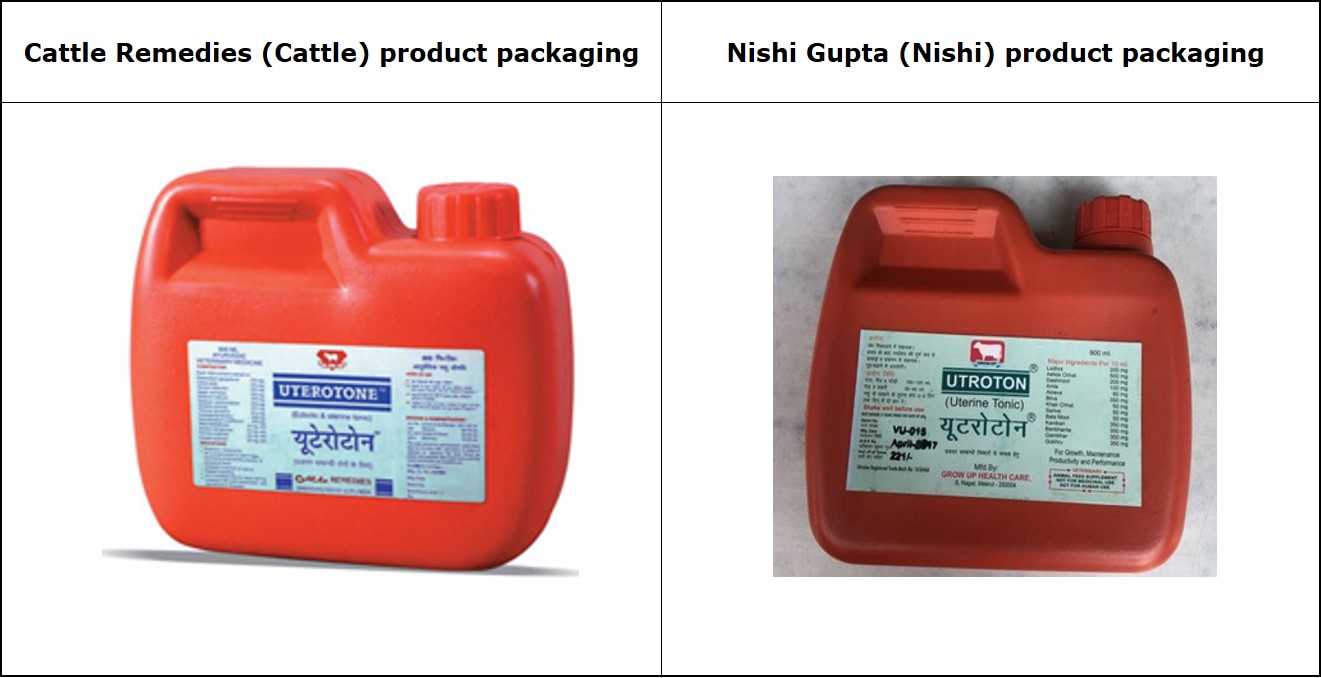 The Court after considering the pleadings, arguments and case laws, held:

In view of the above, the High Court dismissed the writ petition and issued show cause notice against Nishi for raising false claims under Section 209 IPC.