Havells India Limited (Havells) has approached the Delhi High Court alleging registered design infringement and passing off of their ceiling fan design and trade dress by Panasonic Life Solution India Pvt Ltd (Panasonic). Havells seeks to restrain Panasonic from using the designs and trade dress/get up for their Venice Prime ceiling fans which allegedly are identical/deceptively similar to Havell’s ENTICER series ceiling fans including ENTICER ART series variants. The designs of both parties are depicted below: 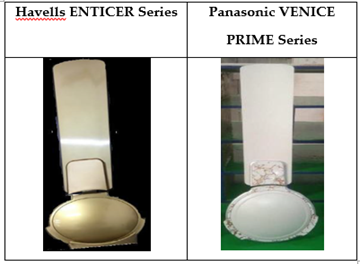 Havells, in support of their case, contended:

Panasonic countered the allegations relying on the following:

In view of the above findings the court granted an injunction in favour of Havells restraining Panasonic from manufacturing, marketing, selling fans under the VENICE PRIME series or those which are identical or deceptively similar to former’s ENTICER and ENTICER Art series during the pendency of the suit.