The container design was subject of design infringement and passing off dispute between two Bombay based manufacturer of plastic containers. The question before the Bombay High Court was whether the Defendant’s (Om Plast) product infringes the 1st Plaintiff (Selvel Industries) registered design. The designs of the plaintiff and defendant’s product can be seen below. 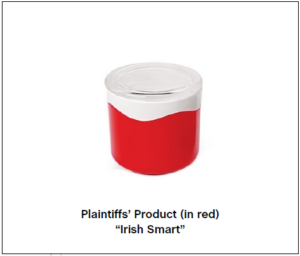 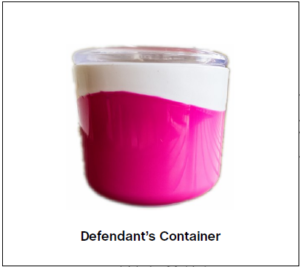 The Defendant contested the claim on following grounds:

The court concluded the Plaintiff’s article or container was a new or novel one and that the registration for the same was valid. On the other hand the container of the Defendant was deceptively similar. If both are placed in the same shop it is sure to cause confusion. The court accepted the contention of the Plaintiff that it was the first to register the design of the container as per the regulations of the Designs Act and that all other manufacturers stated by the Defendant lacked the prior usage or prior registration criteria. The Defendant by way of producing and using a design deceptively similarly to that of the Plaintiff was conducting the act of passing off. The court also noted that it is no defence for an infringer to say that others have been equally guilty of infringement or passing off.