It was a great honour for the entire team at RNA to have been recognized by “TrustLaw” a Thomson Reuters Foundation for supporting a number of NGOs in protecting their Intellectual Property rights in India. At an event hosted by the Thomson Reuters Foundation in New Delhi on 10th April, 2018, Rachna Bakhru, Suvarna Pandey and Ranjan Narula received the “Recognition of Excellence Award’ for 2017-18” on behalf of the firm for contribution to advancing legal pro bono practice in India by supporting seven projects in 2017. 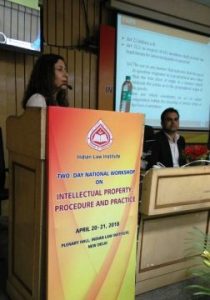